Radon is a colorless, odorless, and tasteless radioactive gas released by decaying uranium. You can find it in nearly all soils and at very low air levels. However, the real problem arises when radon enters your home and becomes trapped. Long-term exposure to high levels  radon gas causes lung cancer.

Radon is the second largest contributor to lung cancer after cigarette smoking. There is no doubt that higher levels of radon are found in some regions of our country. However, the presence of elevated levels of radon is evident in all 50 states of the US. It is estimated that every 1 of 15 American homes contains an elevated level of radon gas.

So, it is important to test your home for radon to determine whether your home has high radon levels. This article will discuss everything you need to know about the safe level of radon, its health risks, and how to perform radon testing.

Not long ago, media hype caused both panic and skepticism about the health risks of radon. But as the research progressed, it made two things clear. Living in a home with an elevated radon level over a long period can cause lung cancer. And there are effective ways to lower radon levels in your home.

But first, you should know what the safe level of radon gas is estimated by the United States Environmental Protection Agency (EPA). The EPA recommends remedial action in a home as early as possible if the presence of radon is between 2 pCi/L and 4 pCi/L. Unfortunately, there is still no safe level of radon exposure.  However, the EPA asserts that action needs to be taken if the radon level within a home is 4 pCi/L or more.

As mentioned earlier, radon is the second leading cause of lung cancer. In fact, it causes approximately 3%-14% of all lung cancer based on the smoking prevalence and the national average radon level.  Medical studies have revealed that radon exposure can also increase the risk factors associated with blood cancers. Let’s explore the health effects of radon in detail.

But if you are a smoker, the chances of getting affected by lung cancer when exposed to radon skyrockets: 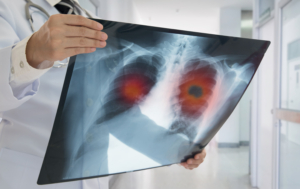 A recent study published by Environmental Research reveals that radon exposure may also increase the risk factors associated with blood cancer. As the radon level increases, individuals have higher chances of becoming affected by different types of blood cancer, including leukemia, lymphoma, and myeloma. However, the reason is still unclear as the scientists are doubtful whether the radon emits the alpha particle that can potentially harm the DNA in the bone marrow and eventually cause blood cancer.

How to Test for Radon?

The best way to detect radon is to conduct radon testing. The EPA has already taken some strong initiatives to reduce the health risks associated with radon exposure. They have recommended testing the radon levels in all schools and homes below the third floor.

Long-term radon tests are ideal for measuring the radon levels for 90 days to 365 days. These testing provide an estimated annual average radon concentration in your home based on alpha particle tracking.  However, the result may vary significantly as per a drop in air pressure, variable soil moisture, gusty winds, and snow cover. You will often need to contact state radon agencies and online retailers to perform this radon test. 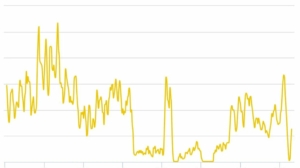 How to Perform Radon Test?

If you are interested in performing a radon test on your own, you will need to carefully go through all the instructions and directions mentioned in the user’s manual on the radon test kit. No doubt, some of these tests are very much specific and need accurate timing to conduct. If not done properly, the test may provide unreliable results.

However, the instructions remain almost the same for many home radon tests. These include:

When to Take Action?

The EPA firmly recommends performing a second radon test only if the first short-term test shows a radon level of  4 pCi/L or higher. However, if the second radon test shows a concentrated radon level above 4 pCi/L, you should consider contacting a professional to perform the radon mitigation. It will ensure that your home is free of the harmful effects of radon gases. You can use National Radon Safety Board (NRSB)’s online locator or contact your state health department to find a certified radon mitigation company.

We hope you have a better understanding of what radon is, how to test for it, and how to reduce radon in a home. If you are a smoker, you should understand the dangerous combination of tobacco smoke and radon will increase the risk factors significantly for lung cancer, not only for you but also for other residents in your home. However, the only way to know if you are at risk of exposure to dangerous levels of radon is to test your home. 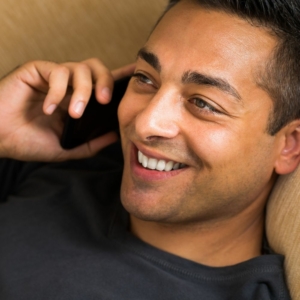 What Is Mold Air TestingTermite & WDO Inspections Scroll to top